5 Tips and Tricks for Electrical Safety 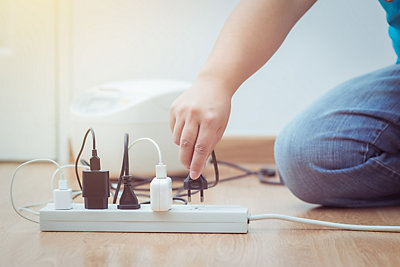 How safe is your home electrical system? According to ESFi, 51,000 fires every year are caused by electrical problems. Thankfully, there are things you can do to increase the electrical safety in your home and catch problems before they become dangerous.

Being vigilant can help save you and your family from hazardous electrical situations like hot faceplates, sparking outlets, and overloaded circuits.

If you are worried about the safety and reliability of your electrical system, our qualified and experienced electricians can examine your breaker box, outlets, and switches to determine if any of the components need to be replaced or repaired. We also perform move-in electrical system inspections and electrical inspections on new construction.